We arrive three hours after the explosion. I don’t recognize the place. All the marks of it – the blue barrier, the writing on the wall, the small shop at the corner where I used to buy cigarettes, the pharmacy on the other side where Ronahî, Bakûr and Gulan were drinking tea with the shopkeeper with the abnormally built torso last week – are dust and rubble. I must be mistaken. But the flags and banners flying in the distance at either end of the long main street, tell me that this is the place.

Everywhere there are people. Many are helping to clear the rubble, many are watching, filming the carnage with their mobiles, some are crying. Several cranes and baggers are slowly clearing away the debris, trying to lift up the concrete floors that have caved in like a cardhouse. The still air carries a stench of dust, gasoline, and burned meat. 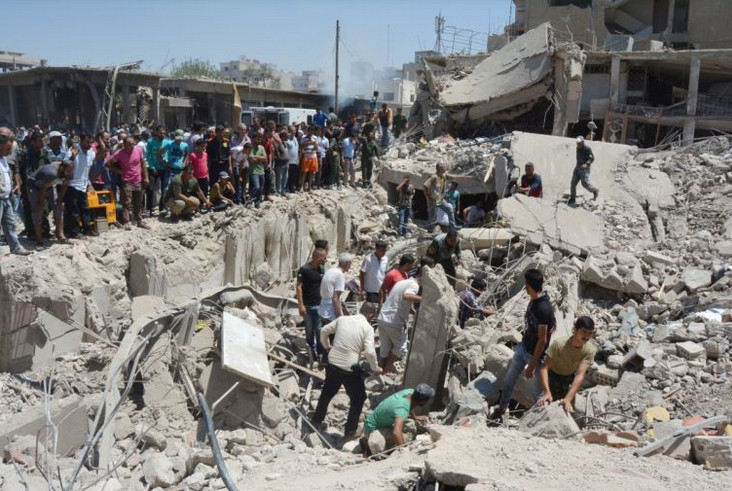 I maneuver through the crowd and the mounds of rubble that were once an apartment block. Through a small hole I look into a basement that hasn’t caved in. When I turn away I hear a voice. There are two people trapped down there. One is conscious. Within seconds dozens of people crowd around the small hole. Slabs of concrete are dangling over our heads from the storeys above like a damocles sword, still half-attached to the metal rods sprouting from the holes.

We start clearing the rubble on the other side of the street, with the faint hope that someone might have miraculously survived beneath the stones. With every brick I lift up a small knot of panic tightens in my chest. I don’t want to know what’s beneath it. But then there’s no mangled body. Just more dust and rubble.

A blonde teenager stumbles through the wreckage. She says she knows me from the youth center, but that she forgot my name. I tell her and ask for her’s. She’s Viyan. “It smells like blood” she says. Her aunt and cousin were at the site when it happened. They were brought to the hospital. How are they? “Gone.” 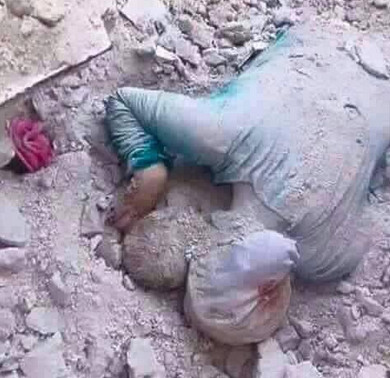 In silence we work. From time to time we find bits of charred meat and skin, barely recognizable as belonging to a human. For a second I wonder whether it’s from someone I know. We collect the pieces in black plastic bags and bring them to the ambulances.

Some bizarre objects stick out from the debris. A spool of red wool. A highway map of southern Germany. A fridge, the contents of which are still cool and fresh. The hospitals call for urgent blood donations so we leave. I’m incredibly hungry. When I try to sort my emotions I find only one that I can bear feeling right now. And while we walk back into the normal world one thought circles my head and subdues the rest.